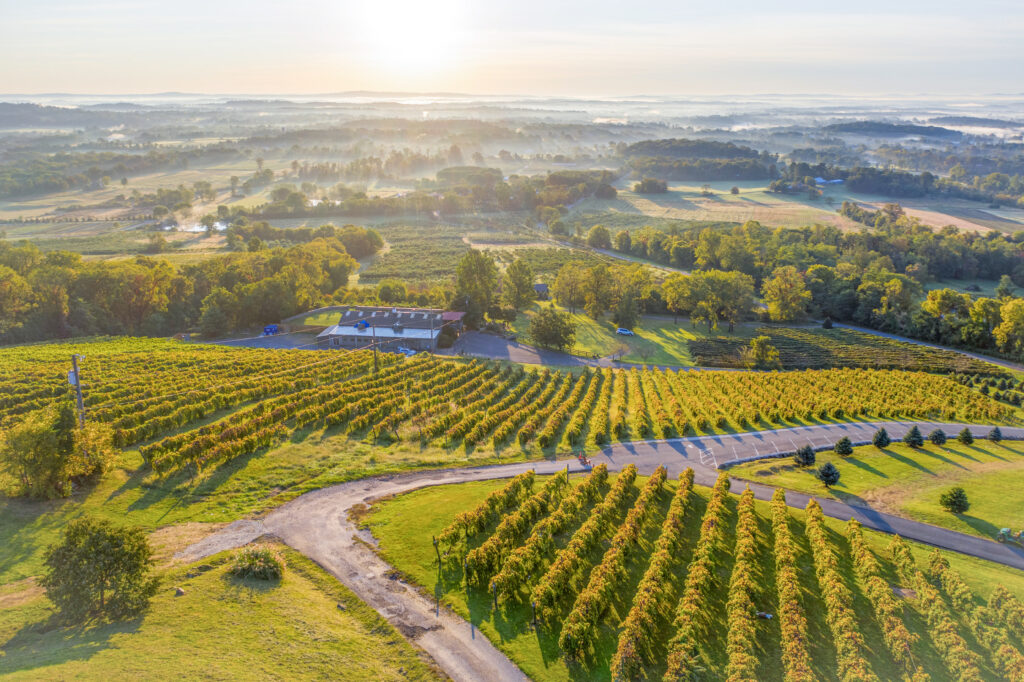 Located thirty miles Northwest of Washington D.C, Ashburn is a census-designated community located in Eastern Loudoun County. It is considered part of the Washington Metropolitan Area. As of July 2021, Ashburn’s population was 53,226. Many residents commute into Washington D.C. and surrounding suburbs such as Tysons Corner, Reston, or Fairfax to their places of employment. Upon completion of the second phase of the Washington Metro Silver Line, Ashburn will be served by two stations – Loudoun Gateway and Ashburn Station.

Ashburn was originally called “Farmwell” (or “Old Farmwell” and “Farmwell Station”) after a nearby mansion of that same name, owned by George Lee III. The name “Farmwell” first appeared in George Lee’s October 1802 will and was used to describe the 1,236 -acre plantation he inherited from his father Thomas Ludwell Lee II. The name was then changed in 1841 after a 580-acre tract was purchased as a summer home by John Janney, a Quaker lawyer who ‘nearly’ became Vice President of the United States. Janney called the property “Ashburn Farm” which first appeared in writing in 1870 when he sold the property.

The large community of Ashburn provides residents and visitors with hundreds of things to do around every corner. Modern shopping centers, (e.g., Loudoun One, Ashburn Village, Broadlands Village Center, and Brambleton Town Center) beautiful parks, bike trails, chic lifestyle precincts, dining, and entertainment—not to mention all the beautiful homes—make it an idyllic place to live and play. With its location within the Dulles Technology Corridor, Ashburn is home to many high-tech businesses, and became a major hub for data centers largely due to the number of major players represented in the industry—Amazon Web Services, Google, Microsoft Corp, CyrusOne, Digital Realty Trust and Equinix. According to Loudoun’s Department of Economic Development, as much as 70% of all Internet traffic in the world is routed through the county on a daily basis.

Educational institutions in Ashburn are operated by the Loudoun County Public School system. Loudoun County is the third largest school division in the Commonwealth of Virginia. Each year Loudoun County Public Schools opens one to three new school facilities to accommodate the growing student population. For the 2022 school year there are twenty-one private schools serving 2,866 students in Ashburn. The top ranked schools include Virginia Academy, Loudoun School for Advanced Studies, and Open Arms Christian Child Development Center. The average acceptance rate is 73% which is slightly lower than the Virginia private school average rate of 83%. Fourteen percent of the private schools in Ashburn are religiously affiliated (most commonly Catholic and Christian). The George Washington University’s Virginia Science and Technology Campus and Strayer University also have campuses in the northern sector of Ashburn.