Alexandra, our Client Care Specialist here at Rice Properties Group, works with our clients to ensure they have the highest level of care possible.

She’s one of the first team members to greet prospective clients considering working with our RPG team to buy or sell their homes, and she keeps in contact with our clients long after their real estate transactions are complete.

Whether our client recently sold their home or moved into a new one, Alexandra reaches out to ensure their transition went smoothly and to answer any questions that may come up. She also keeps our database up to date and helps us with our ongoing client care activities.

When not helping clients, you can find Alexandra spending quality time with her family. She enjoys hanging out with her three children, traveling, and watching sunrises at the beach. 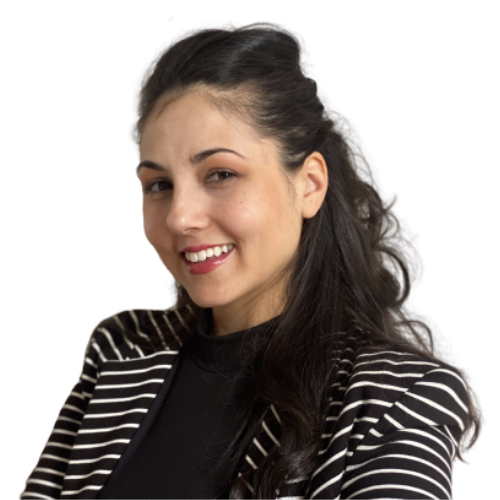 Meet Alexandra Raines, our Client Care Specialist here at Rice Properties Group. Alexandra works with our clients before and after their real estate transactions to ensure that they’ve received the highest level of care possible.

Let’s learn more about Alexandra in today’s team spotlight, so you can get to know her a little better too.

The Role Of A Client Care Specialist

When we first began our business, it was easy to stay in touch with our clients long after their real estate transactions had ended. Dropping a note in the mail, sending a holiday card, or even picking up the phone to check in was, well, easy. But as Rice Properties Group began to grow, staying in touch was proving to be a bit more challenging from a time perspective.

We knew we needed a teammate who could help us provide the kind of attention and follow-up care we would give if we had the time. And we wanted someone who was just as service-oriented as we were, who would provide the same level of personal touch our clients had come to expect from us.

That someone would need to be both friendly and detail-oriented, and able to organize our database and keep it up to date. They’d be responsible for following up with our clients after they moved into their new homes to ensure everything was still going great. This also meant that they’d need to care about people as much as we do, and be willing to offer help to our clients, as well as our team, whenever a need arose.

After meeting Alexandra, we knew we had found the perfect addition to our RPG team. Her friendly demeanor and genuinely caring personality shined through from the first day we met her. And our clients couldn’t agree more!

“Alexandra is great with our clients! I’ve received calls from clients that she called, who wanted to simply let me know how amazingly helpful she was.” – Lindsay Rice, Managing Partner at Rice Properties Groups shares about Alexandra’s role as Client Care Specialist.

Today, with Alexandra onboard our RPG team, we are better able to continue to provide the top-notch service our clients deserve and even take it to the next level.

With a degree in English Literature and a background in Drug and Alcohol Counseling, one might wonder how Alexandra ended up in real estate? But, life has a funny way of taking a person down different paths before ending up exactly where they’re meant to be.

Alexandra was raised in Maryland, a state she still considers home, though she’s lived in Virginia for many years. As a young child, she loved the sea. She would spend as much time at the ocean as humanly possible, secretly wishing she were a mermaid at times. Regardless of the season, you could often find her watching a sunrise or simply hanging out, relaxing, and getting clarity on life’s issues. Even in freezing winter weather, Alexandra would bundle up to spend time on the beach.

This love for the ocean and marine life led her to hope to become a marine biologist when she set her sites on college. Unfortunately, reality set in when Alexandra realized she wasn’t good at science and didn’t like it much either. So she spent a year at George Mason University before transferring to the University of Maryland, where she earned a bachelor’s degree in English Literature.

Alexandra tells us she hadn’t considered job options when pursuing her degree in hindsight. Instead, she simply focused on earning it. Alexandra learned great lessons during those years for someone who put herself through school, especially outside of the classroom.

“I reached a point where I thought, ‘I just need to get done with school,” Alexandra Raines shared.

Alexandra took a waitress position at a popular franchise restaurant known for their wings, waitresses, and excellent service to put herself through college. She expected to make pretty good tips compared to her previous job at a breakfast chain. But what was truly unexpected was just how much that role would shape her goals and work performance in the future.

By setting a goal for tips earned each shift and by upping her customer service level a notch or two, compared to other waitresses, Alexandra’s wages from the restaurant paid for her rent as well as her tuition. And the lessons she learned in hospitality and service stuck with her many years later.

“Providing outstanding customer service was the key to my success there,” Alexandra tells us.

She would make a point to get to know her customers, welcome them back, and provide that personalized attention she would want in return. And that level of exceptional service is something that Alexandra has taken into every role since.

Before joining RPG, Alexandra worked for a drug and alcohol counseling center, where she found a passion for helping to serve people in need in her community. But, with a growing family at home, she struggled to find the right work-life balance with their fluctuating schedules since the center was open 24/7, including on holidays. This need for a change led Alexandra to us, and we’re grateful to have her on our team today.

Even though Alexandra was new to real estate, you wouldn’t know this by talking to her. Alexandra has a strong desire to always remain teachable, which was evident by how she dove in headfirst to learn as much about our industry as she could. And she tells us she plans to continue learning to better help our amazing clients in the future.

“There’s so much to learn… so many things to better yourself. I love to absorb new information, and I love that there’s so much available at RPG. I follow market trends and inventory levels. I just want to know as much as I can.” – Alexandra Raines

What Exactly Does A Client Care Specialist Do?

For Alexandra, who loves talking to people, she’ll tell you she spends a lot of time doing just that. Alexandra reaches out to our clients quarterly and embraces the RPG mission of treating our clients like family, which includes staying in contact with them throughout the year.

Being part of a community, it’s not uncommon for one of our teammates to see a client at a coffee shop or at a local event. It’s that friendly ‘Hello, how are you doing?’ that sets RPG apart from other agencies. And it’s something Alexandra takes to heart. She congratulates clients on marriages or new babies. She chats about vacation plans and landscapers, or whatever is important to them–just like you’d expect from a friend.

“Alexandra is well-spoken. We really appreciate that we can count on her to represent RPG’s next level of customer service.” – Lindsay Rice shares.

At RPG, It’s The People That Matter

When a client chooses to purchase a home or list theirs for sale, it marks a milestone in their lives. Whether it’s their first house or the home where they raised their family before becoming empty-nesters, they’re embarking on a big event. And with any big event, emotions can run high. From excitement to new adventures to sorrow, leaving behind years of memories.

For clients to trust RPG with our guidance on their journey speaks to the kind of agency we are. You won’t find us tallying sales and moving on. Instead, you’ll find us celebrating with you, saying hello at the grocery store, and reaching out to keep in touch. We are part of the communities that we serve. We are your neighbors, acquaintances, and friends, and we want you to know how much we care.

“Our clients trust us to join them on their journey. To help them find a house where they can envision their life. Or help them say goodbye to a home where they raised a family. We are there for them every step of the way, including after the sale, checking in on how they’re doing, offering landscape referrals if they need it, or asking if the home or neighborhood is what they expected. I hope they can feel that level of care from me. At RPG, it’s not about the sale. It’s about the people.” – Alexandra Raines

What “Home” Means To Alexandra Raines

Since we’re in the business of helping our clients buy and sell homes, we wanted to know what “home” meant to each of our teammates. Here’s what Alexandra had to say:

“Home is somewhere safe and loving. Somewhere you can be yourself.”

When your home is filled with love, it’s the perfect place to be. Alexandra, who shares her home with her husband of 7 years and their three young children, admits her household is rarely quiet. Having a place where you can be yourself, where you’re safe, enjoying the company of your family is important.

Alexandra’s Life Outside Of RPG

With three young children, you may think Alexandra has little time outside of them and RPG, and that may be true! But hanging out with her family is at the top of her list of fun things to do in her spare time. She tells us that seeing the world through her children’s eyes has been a rewarding experience. And now that they are getting a bit older, she’s likely to show them how exciting travel can be.

Alexandra, who lived in Maui for a few years, would love to travel with her family to Hawaii, a place she considers magical. With mountains surrounded by the ocean, she’s sure to catch a sunrise or sunset on a beach there.

In the meantime, you can easily have a conversation with her about football, basketball, boxing, or really any sport. Alexandra loves sports so much, she tells us she wanted to join a women’s football league, but she jokes that she probably couldn’t handle the physical side of the game. For now, she’s sticking with watching games instead of being a participant!